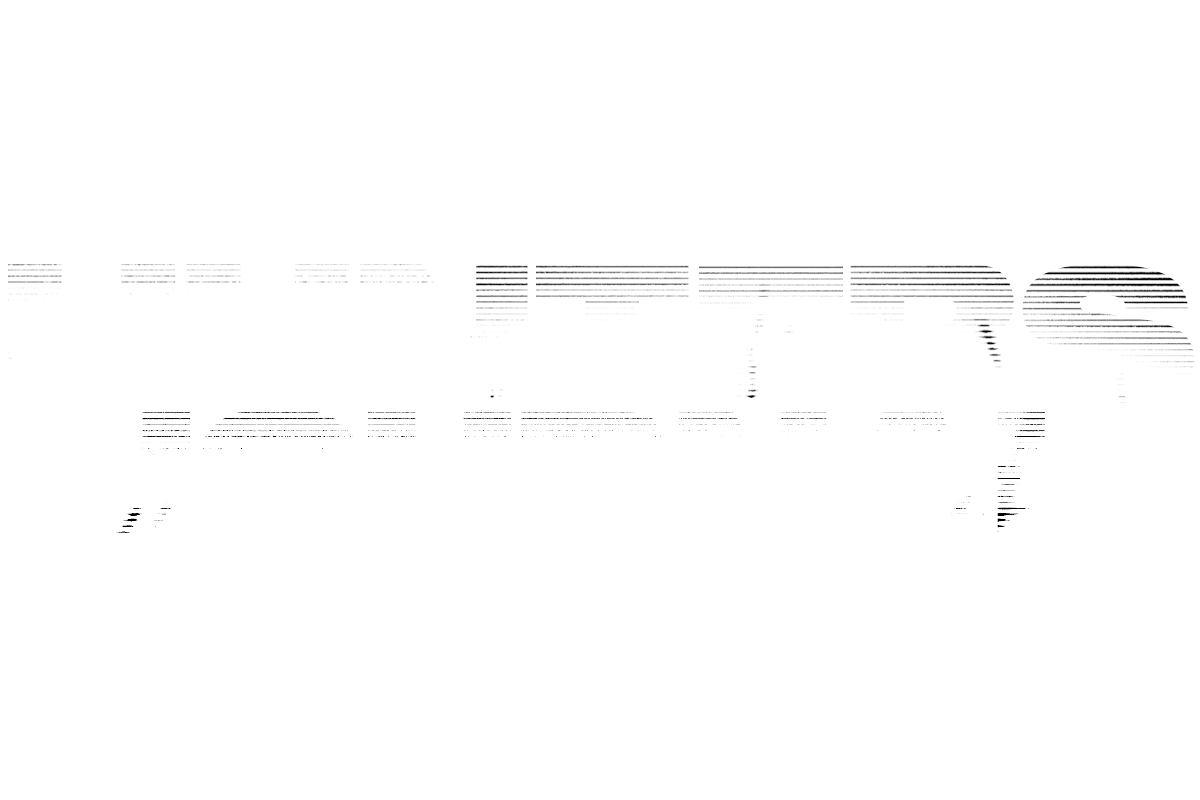 Like many in the hunting community, my hunting journey ramped up by skipping lectures on a Friday, picking up my mate in Lincoln and walking as far as we could looking for a flat feed after a big night out. But three years into my degree in Ecology and Economics the high country wanders have started taking on a new meaning for me. I started noticing all the plants that weren’t meant to be there, the natives that had been munched and all the fascinating stories that come with our endemic species. I also started noticing how rapidly the high country ecosystems are changing. I’ve had over 60 days on the hill this year and I still feel like I don’t understand the ecosystem I’m in. It can be a bit frustrating for my mates when I stop to take a photo of a skink when the stags are roaring. But this newfound appreciation – which has come from my study – has given me an awesome new perspective on the New Zealand wilderness and the game animals we are lucky enough to share it with. I surf, ski, fish, dive, adventure race and all the rest, but there is just something about the chase, the kill and adventure that I can’t put into words. But I know you readers will understand and that makes hunting a part of who we are rather than a hobby. I want to protect it and fight for stable ecosystems for our big game species and us. This is why I’m going to have a crack at convincing you that a topic rarely talked about in hunting circles is the biggest challenge we hunters face: the climate crisis.

First I’ll hit you with some science. It’s easy to get swept up in the plethora of opinion articles on climate change that plague the Internet so I’ve made it easy for everyone. The following facts come from the NASA website (United States National Aeronautics and Space Administration). Thirty-four billion tonnes. That’s how much carbon we put into the atmosphere every year. The oceans have become 30% more acidic, sea levels have risen by at least 22 centimetres and the planet has warmed by 0.9 Degrees Celsius. It doesn’t seem like a lot, but a warmer planet will significantly alter the high country and New Zealand ecosystems.

Here are a few reasons why hunters should care:

–       We have already lost 25% of our snow and ice cover, and huge portions of our most famous glaciers: Fox and Tasman. Almost all of New Zealand’s glaciers will be gone by 2100 and although that seems a long way off, our grandchildren won’t see glaciers or need to carry crampons.

–       The Department of Conservation lists alpine systems as one of the top three most threatened ecosystems. The rapid spread of non-native species into already vulnerable alpine habitats is placing a further strain on our slower-growing native flora and fauna which are already under stress due to trying to adapt to the warmer temperatures that the non-native thrive in.

–       Most species will move south and upslope; there will be many uncertain range shifts of New Zealand natives.

–       Alpine zones will have tree lines and scrub moving upslope. This happens as areas upslope that were previously too cold and had too much snow warm up.

–       Rainfall distributions across New Zealand are forecast to change significantly, increasing the frequency and severity of droughts and floods in some areas.

–   Earlier springs and longer frost-free seasons could affect the timing of bird egg-laying, first flowering and the health of various plants.

–       Less resilient ecosystems battling climate change will be able to support less pressure from game animals as a compounding factor. This will require lower numbers of game animals if we want to achieve the same conservation goals in the areas our game animals inhabit. Added stressors on alpine flora from droughts will increase the impact on game animals. Native plants that are heat stressed will need less grazing pressure if they are to survive.

New Zealand is ranked in the top 10 countries least likely to feel the effects of the climate crisis because of our temperate climate, latitude and proximity to the ocean. It’s not just about the effects we as hunters will face. The global outdoor community and others with a passion for the wild around the world will face significant loss to their hobbies and livelihoods. 50% of coral is already gone, and 95% of coral will be gone by 2050, contributing to a massive fishery collapse – you can see this on holidays and fishing trips in Fiji and Tonga where the reef is bleached/colourless.

Hunters Element are the first hunting brand in New Zealand to really care about their carbon, plastic and ecosystem footprint. Let’s challenge more hunting brands to do the same, because while we are feeling the effects now, the people who will feel it the most are our kids and grandkids. Wear Merino base layers not polyester base layers. Merino has no microplastics and a lower carbon footprint of production.

I’m not sure if it will be on the top of your mind on your next fly in trip. But hopefully someone asks their chopper pilot how much fuel they burn so they can offset it when they are flying into the Tahr ballot next year. I know heaps of hunters who are keen to get behind this global call to arms to go net zero emissions. What a statement it could be for hunters to stand up and say to the next generation that we didn’t sit by when the world and outdoor community was facing one of its greatest challenges. We would gain a huge amount of respect from the New Zealand public and conservation sector. We know hunters are facing increased pressure from a variety of places so this is a great opportunity to connect and work alongside the rest of New Zealand to let them know how passionate about the wild we are. This could help with our reputation when it comes to negotiating other issues. We will have to offset our emissions at some stage. Let’s front foot it and fight for our role in New Zealand conservation and environmentalism by showing climate leadership. Could we offset all the Tahr ballot flights next year as an example? Things can happen quickly when we want them to.

So offset your helicopter flights and vehicle hours and get stuck into the climate crisis conversation. An offset is essentially a native tree that sucks in the carbon you burn flying, driving or farting. This has so many benefits and will really make a difference. Ask for the trees that are planted for your offsets to be planted on local farms so they increase local biodiversity value and water quality. Google EKOS for your offsets or chat to your local nursery about offsetting your emissions at your next hunt. It costs around $6 to offset 100L of Diesel. We hunters are people of the wild and it’s our job to protect it. Our climate contribution and leadership will make a difference. 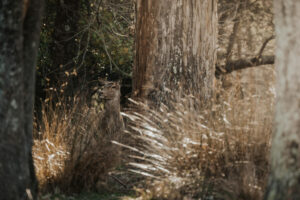 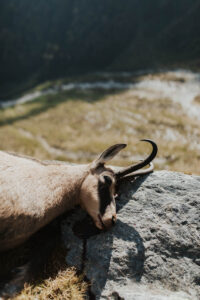 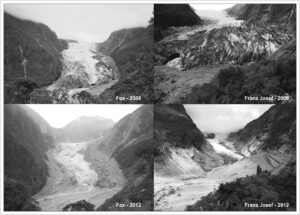 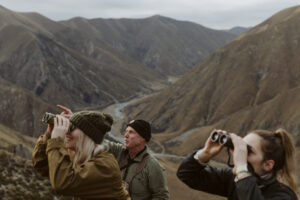 A Non-Hunter’s Thoughts on the Tahr Cull 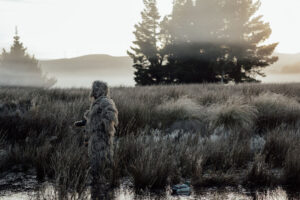 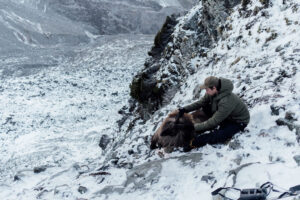 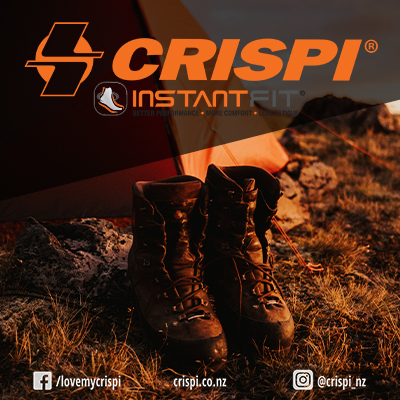